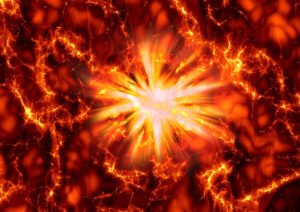 According to wildlife professor Billy Higginbotham, there are about 9 million rapidly breeding wild boars in the US.

With America’s population of feral hogs is so out of control, and NACAA estimated the total damage that these hogs inflict in the U.S. is around $1.5 billion annually —

people have been taking increasingly radical steps to rein in the growth of annoying hogs.

Along the years, invasive wild pigs population control and hog hunting with tannerite has emerged as a controversial method adopted by farmers and hunters to get rid of these harmful animals, by blowing them up with explosion, as shown in the videos below.

WARNING: The following age-restricted videos contain violent graphic contents that are not suitable for all audiences. Viewer discretion is advised.

Swine Burn uploaded the video below with remarks:

“7lbs of tannerite against 15 wild hogs… 9 dead, rest are deaf at a minimum.”

This video shows tannerite explosion blowing up a group of hogs during thermal hog hunting.

The bottom right of this video footage indicates the video was recorded at night using an ARMASIGHT Thermal Night Vision Rifle Scope.

You May Like: 3 Best Cheap Affordable Thermal Night Vision Rifle Scopes for Hunting

#3. Big Pig BLOWN UP with Tannerite

There are times when tannerite is not used for hog hunting and control, but hunters are blowing up dead hogs with tannerite. Is this just for fun, or blowing up hogs with dynamite or tannerite is a good way to dispose of a dead hog body?

Hogs carry many diseases that can be transmitted to humans, domestic pigs, and dogs — including Brucellosis and Leptospirosis.

Such disease can even be transmitted from hogs to human when the causative organism (pathogen) is inhaled, according to the North Carolina State University.

When a dead hog was blown up like below, can it spread virus/bacteria around the area?

Not sure what is Tannerite? Check out below.

Some shots were taken in the dark after the tannerite hog explosion.

Meet Matt Barnett in the video below, see how he used explosives on hogs and feral pigs.

It was claimed that food was scattered around the planted tannerite target to attract hog, before shots were made towards a container to trigger the explosion and blow up the hogs.

By hickhya1 – with slow motion on the explosion.

“9 hogs blown up by tannerite slow mo” by Travis Brown.

“Blowing up hogs with Tannerite” video by Holeinonepro.

“Hogs Being Blown Up with Tanerite” uploaded by Jackson Pittman.

“Tannerite Vs Hog” by Ryke Cordisco

“Blowing Up a Pig” video clip by Aaron Hayslip.

What do you think? Leave a message below and share your thoughts!