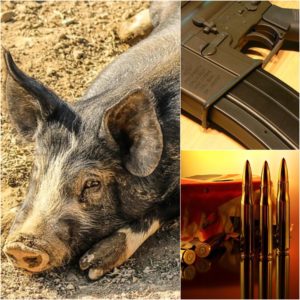 With the National Association of County Agricultural Agents (NACAA) estimated that feral hogs inflict as much as $1.5 billion damage annually in the United States, it’s understandable that Americans are taking all the necessary steps to rein in the growth of annoying wild hogs.

Want to check out whether AR-15 and 223 are suitable and good enough for hog hunting, based on proven results?

Or you are already using these hunting calibers to take down hogs, but wanna know more to improve hunting experience?

We’ve handpicked some best related videos and put them together in this resource guide:

WARNING: These videos may get you excited and cause you to have an itch to grab your rifle straight away and head to the woods for hog hunting.

Hans of HansETX, an avid Texas hog and predator hunter, had the BIGGEST Boar Hog of his life with ONE SHOT —

He took the hog down with an AR-15 Bushmaster with Styrka optics 3-9 Scope. Ammo used was Hornady FTX 250 Grains.

Pulsar Trail XQ38, one of the best thermal scope for hog hunting, was also used.

Justin Rackley headed to the woods of east Texas to hunt hogs at night. The Hog Hitmen equipped the hunting gang with AR-15 guns, suppressors, and thermal imaging scopes.

Watch their hunting journey and hear what they said!

One shot kill by seasoned hunter is too common?

Check out this video from Central Texas!

A Texas farmer used AR-15 to fight wild hogs and save his crops.

The footage below was recorded with the built-in video recording feature of Armasight Zeus as a great thermal rifle scope for the money.

How did hogs react to a suppressed AR15 in open fields at night?

Watch the video below by Lone Star Boars… 280 pound hog!

DnaHogHunter took a moving shot with his .223 at about 150 yards and hit the hog…

but he faced problem to recover the hog subsequently, watch the video and find out why.

Hans gave the hog a big Texas Howdy with a 62 grain .223 round right to the face.

Watch the hog’s reaction after the shot!

Want to know more about AR15 rifle and 223, including AR-15 Ammo and .223 Remington comparison, AR-15 setup and upgrade, trouble-shooting of AR15 common problems, and much more?

Check out these videos!

Tom Walker did an review on his shooting gear, with wild boar shot and killed with Anderson AR-15 assault rifle full metal jacket.

Check out this video that took place in Florida.

The Kotaboy32 Firearms guy gave an in-depth elaborations on how to set up an AR15 with all the options available.

Tom Fuller goes through some key consideration factors that you should take note when selecting optics for your AR-15.

Great video from Mrgunsngear Channel that goes through the details of this rifle, and why these different components were chosen for a great AR15 build.

Video uploaded by EagleRun23 on some range results from his AR platform Hog Gun. Accuracy tests at 50yards Speer Gold Dot vs XM193.

You definitely don’t want to miss these 3 parts videos by Michael Bell, and keep them for your future reference.

The Full Throttle Outdoors guy revealed how he built his own rifle/hunting tripod for AR-15.

#30: How To Setup Your AR | Assault Rifle Shooting Tips

Tactical Rifleman gave his insights, including the purchasing of air rifle, adjustable stock, iron sights, power magnification, the best way of setting up your AR, shooting tips, and more.

You don’t want to miss this great video.

See how the Clang and Bang guy likes to setup his go-to fighting rifle.

Check out what andrewsails1371 said.

#34: The Best Hog Hunting Round

The God family and Guns have their say on the best hog hunting round and ammo.

Video from the West Desert Shooter who tried out the Hornady 55 Gr. Vmax. Testing H322 and Varget powder. Loaded into Federal 223 Brass and ignited by CCI 400 sm Rifle primers.

An interesting video from tnoutdoors9 who tested this out with a .223 Bushmaster Varminter AR15 at 200 and 300 yards.

Good comprehensive test by Mrgunsngear on this Gold Dot 223.

Gavin Gear shares his Budget Precision 223 project in this video.

If you are currently using .223 for hog hunting, check out this video.

Langley Firearms Academy compared .223 and 5.56 – both have similarities but there are a few key differences.

We believe you can surely pick up a thing or two from these excellent recommendations!

Not sure how to choose your hunting rifle? Listen to The Military Arms Channel team.

#43: How To Hog Hunt – Rifles and Caliber Choices

#44: Where To Shoot Hogs? Mistakes To Avoid.

Hogs are tenaciously hard to kill, so where to shoot a hog for a clean kill?

The Do’s and Don’ts tips for first-time boar hunters.

#46: Gear Tips for Hunting at Night

Keith Warren shows you everything you need to be successful when hunting at night.

Check out these PULSAR Helion monocular and PULSAR Trail thermal riflescope mentioned in the video; These are the best mid-range thermal imaging gadgets for hogs hunting.

#47: How To Own Night Hog Hunting for Exceptional Results?

Lone Star Boars outlines what it takes to be exceptional successful to hunt hogs at night.

#48: Can Night Vision Compete with Thermal for Hog Hunting?

Watch the video below to see the differences:

#49: Hog Hunting Strategies: What To Look For

How to hunt hogs during the day?

Lone Star Boars shared professional tips on what to look for, and where to look for hogs in the daytime.

A brief but important video for beginner hunters.

The videos above are too basic for you?

Sometimes you would need to trigger a shot against moving hog, and this video shows you some tips on how to make your shot counts.

#55: Hog Hunting Tips and Tricks – Behind the Scenes Footage

Cool behind the scenes video footages from 4B Bowhunting Outdoors.

Abby Casey demonstrated 3 ways to control your breathing when aiming at a target.

Which one works best for you?

Learn how does Lone Star Boars use suppressors to turn hogs away from cover and give more shot opportunities to the hunters.

Want additional tips on where to shoot a hog?

Here is a great instructional video by Keith Warren.

Learning the anatomy of a hog can help you to make good clean shots.

Youtube notes from Keith: “WARNING: GRAPHIC FOOTAGE – Do not watch this video if you are squeamish, or do not want to see the insides of a hog.”

#59: Ultimate Controversial Way To Kill A LOT of Hogs At Once

Check this out: 9 Shocking Explosion Videos that Blow Up Hogs with Tannerite

We can’t help but to include this video by LunkersTV and Lone Star Boars.

Did you enjoy watching these videos? Which of the above is your favorite? 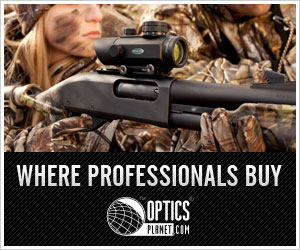 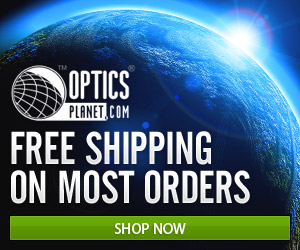